Two races remain on the 2018 IndyCar schedule. With 15 races in the books, how do the sport’s 10 full-time teams stack up against one another?

Will Power delivered Team Penske their sixth victory of the 2018 IndyCar season and their first in over two months by winning the Bommarito Automotive Group 500 at Gateway Motorsports Park this Saturday night.

Power and teammate Josef Newgarden have each earned three victories for Team Penske so far this season, while their teammate Simon Pagenaud has been unable to get to victory lane.

Team Penske had not won a race since Newgarden won the race at Road America at the end of June, at which time they had more than twice the amount of victories as the two teams that were tied for second place in the wins category (Andretti Autosport and Chip Ganassi Racing) with two.

Team Penske’s victory in the Bommarito Automotive Group 500, the 15th race of the 17-race season, is the first victory recorded by any Chevrolet team since that race.

In the two races before the Bommarito Automotive Group 500, Andretti Autosport’s win total doubled, as Alexander Rossi’s wins in the races at Mid-Ohio Sports Car Course and Pocono Raceway brought it from two to four, which was just one behind Team Penske’s win total of five.

But for the fifth consecutive season dating back to 2014, Team Penske have now clinched at least a share of the highest win total among all teams in the sport as a result of Power’s win in the Bommarito Automotive Group 500, as with two races remaining on this year’s schedule, Andretti Autosport’s win total can only possibly get to six at most.

To see how the formulated IndyCar Team Power Rankings are calculated, click here.

Formulated rankings predictions for after next race

The calculation used to calculate the formulated IndyCar Team Power Rankings predicts that after next weekend’s race, the Grand Prix of Portland, at Portland International Raceway, here is how the formulated set of rankings will look.

Next: Top 10 IndyCar drivers of all-time 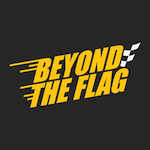 Apply to Beyond the Flag.

Start your application process by filling out the fields below

The next race on the IndyCar schedule is the Grand Prix of Portland, which is scheduled to take place on Sunday, September 2 at Portland International Raceway in Portland, Oregon. It is set to be broadcast live on NBC Sports Network starting at 2:30 p.m. ET.